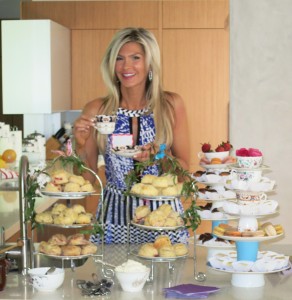 Helping others has always been Christine’s mission. Before co-founding JDFF in 2012 she built a successful nutrition business. Christine became one of Hollywood’s go-to nutrition/culinary experts for an impressive vast array of celebrities.

Her advice has been featured on the numerous TV shows, magazines & publications – to name a few; Today Show, Dancing with the Stars, Rachael Ray, The Doctors, Good Morning America and Oprah’s All Stars. She has contributed to Vogue, W, New Beauty, Women’s Health, US Weekly, Health, Fitness, In Style. In her private nutrition practice, located in Los Angeles, she has counseled more than a thousand clients one-on-one who have collectively lost more than 20,000 pounds.

Her passion for nutrition led her to write a number of books including two best selling books Skinny Chicks Don’t Eat Salads (Rodale 2009) and Skinny Chicks Eat Real Food (Rodale 2013). She currently sits on the Advisory Board of Giuliana Rancic’s lifestyle website FabfitFun. Christine continues to counsel clients, and friends, on the transformative power of REAL food, but her primary focus these days is guiding the Jonathon D Fischer Foundation as it seeks to make its impact around the world. One project at a time, Christine is fulfilling her life’s mission.